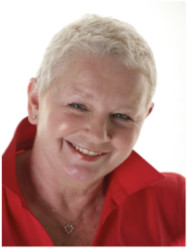 Jenny has spent her whole life and career working in the entertainment business.  Initially running her own school of dance, Jenny has subsequently directed and choreographed many shows and musical productions. She is noted for her work with youth and special needs groups and in 1995 she was appointed Dance Development Co-ordinator for Woking Dance Festival where her role was to initiate and develop an ongoing programme to complement and feed into the annual International Festival.

Jenny's work embraces all cultures abilities and ages. As a result Jenny has established important and lasting relationships with educational institutions, professional arts companies, theatres, commercial organisations and the media.

After 12 years working with Woking Dance Festival, she founded Woking Arts Management a company dedicated to facilitating visual and performing arts through event and production management, technical support, educational classes sourcing professional tutors and developing young artists.  Since 1997 Woking Arts Management has held an annual dance competition in association with the All England Federation of Dance, it attracts over a thousand entries from the South East of England and the Channel Islands.

Jenny would like to sincerely thank the Trustees and everyone involved with The Lowde Music Trust and to those who have supported the trust making it possible for us to carry Keiths name on and continue developing the work he was so passionate about.

Guy has been a respected songwriter since the sixties. Recordings of his songs by Elvis Presley, Cliff Richard, Ray Charles, Frankie Valli, Joe Cocker and many other international stars have ensured Guy’s place in British pop history.

He was Chairman of BASCA for over a decade and after 20 years on the Board of the PRS was elected Chairman . A position he held until 2017 .

Guy is currently  President of INTERNET MUSIC LTD ,  a new online copyright management company and  a consultant to the Music Faculty of Oxford University. Guy  was a long-term friend of Keith Lowde and is delighted to be a part of the Trust set up in his name. 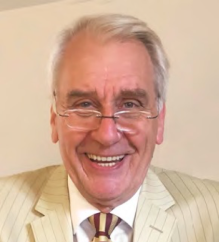 Hedley Finn is a design consultant specialising in Dementia Care environments and End of Life care. Whilst working as a consultant with The King’s Fund he worked with over 250 NHS organisations, Prisons and Hospices, Hedley currently works in collaboration with a number of other specialists delivering these services.  In addition, Hedley is a marketing and communications consultant and has worked extensively in the health field in the UK, USA, New Zealand and Australia as well as undertaking commercial assignments for International clients such as Camelot, Vodafone, Nestle and Barclays Bank. His current work includes various NHS trusts and other third sector organisations.

Hedley was a founding Trustee of the National Network for Arts in Health. He is a Trustee for Surrey Supported Employment, Chair of The Lucie Blackman Trust and the Missing Abroad charity. He is a director of a number of companies including the Local Media Network and Care Radio as well as Media Sound Holdings who own and operate radio stations across Sussex and the Isle of Wight as well as owning a number of magazine titles.

Hedley is a founder and President of Radio Lollipop International the charity who operate in 37 hospitals across five countries supporting children in hospital with a 40 year heritage. Hedley was awarded an MBE in 1992 for his work for charity. 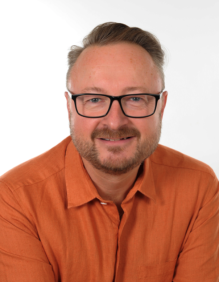 Martin is Managing Director of Brands with Influence, a worldwide merchandise and licensing agency, and the founding director of the production studio 3Megos Ltd, responsible for producing childrens TV and Media content across the globe. Having built a succesful career while working at ITV and 19 Entertainment, Martin went on to establish his own business in 2009. Since that time he has worked with major clients including broadcasters  (BBC, ITV and C5), independent producers, celebrities, authors and IP owners, helping them deliver millions of pounds from licensing and merchandise,

Following the untimely death of Martin's father (Keith Lowde), he was keen to establish a charity in memory of Keith's life and his work. Closely on the heals of the charity, Martin also established the now highly acclaimed event, Lowde Fest as a major fund raising event for the charity. 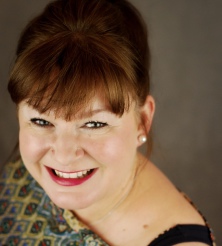 Andrea graduated with a BA Hons in Performing Arts from Middlesex University and then a Post Graduate Diploma in Musical Theatre from Laine Theatre Arts. She went on to enjoy a varied career as a performer and continues to peform with her own Jazz trio today.

Andrea is currently Vice Principal at the Performance Preparation Academy in Guildford, a Higher Education College providing vocational and industry training in the Performing Arts.